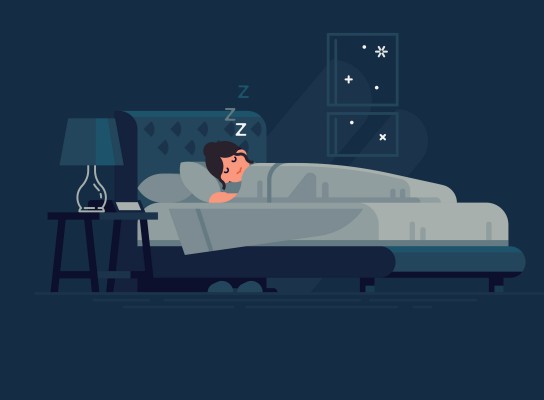 People are shocked when they hear, that sleeping actually does contrary to their set of beliefs of making you plump and accumulating fat. Well, it’s more of a like regulation and setting a balance between your exercise, diet, sleep, and lifestyle. All these factors will sum up to decide whether you would lose fat or gain it.

People have been getting progressively less sleep for 30 years, which coincided with an increased obesity rate. Scientists have found that lack of sleep can make you fat, while getting enough sleep may prevent obesity. Researchers from the Eastern Virginia Medical School found that people who got less sleep had higher body mass indexes (BMI). BMI is a rough measure of fatness. These results were similar to a study from Columbia University, which found that lack of sleep promoted obesity. 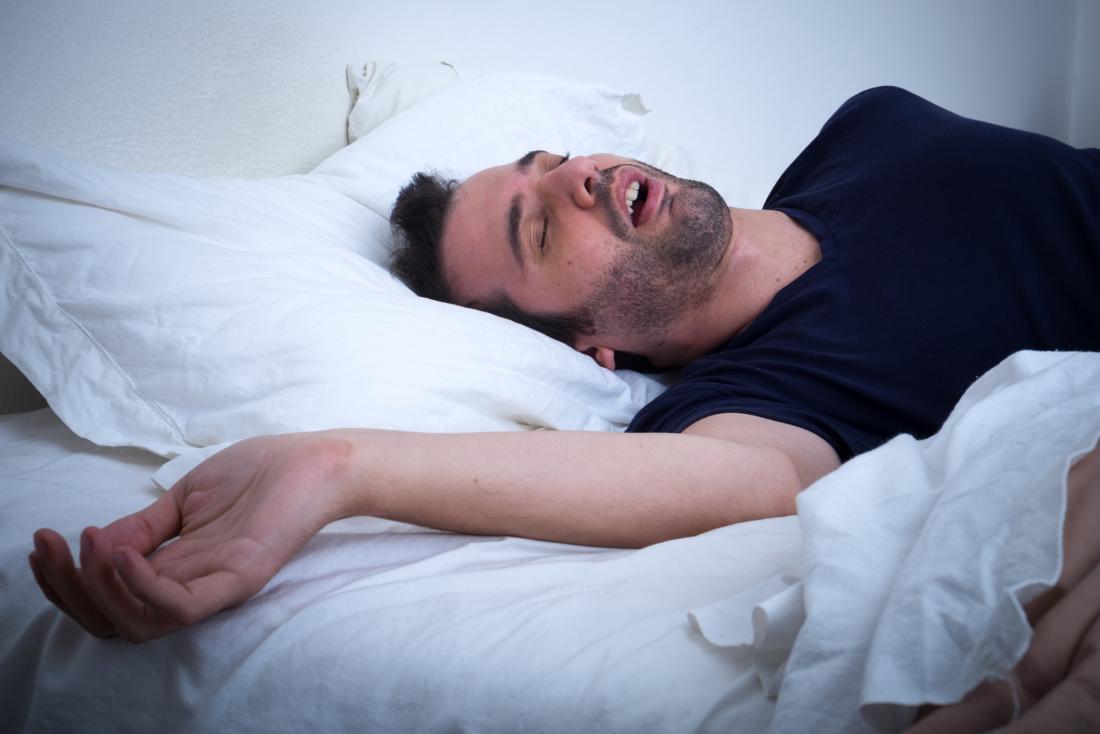 Obesity rates were 73% higher in people who slept two to four hours compared to normal sleepers and 23% greater in people getting only six hours of sleep. Inadequate sleep activates the appetite control center in the Hypothalamus gland (an important center in the lower part of the brain) and influences hormones such as Leptin and Ghrelin that promote hunger. Sleep deprivation is associated with decreased physical and mental performance and can put the brakes on your training program. The National Sleep Foundation of U.S.A recommends establishing regular sleep patterns to help you get the rest you need. Avoid common causes of insomnia, such as drinking coffee before bedtime, worrying about money or relationships late at night, or watching disturbing shows on television in the evening.

Taking a short 20-minute nap or exercising late in the afternoon will help you sleep at night. Establish healthy sleep patterns by going to bed at the same time each night. Exposure to light in the morning helps establish normal sleep-wakeful cycles and that’s why people are advised to wake up early in the morning.

Sometimes we are too busy for a quick snack, let alone a sit-down meal. That’s a mistake if you have trouble with your weight. Irregular eating patterns contribute to weight gain and obesity. British scientists from the University of Nottingham found that eating at regular times was associated with lower food intake, post-meal calorie consumption, peak blood insulin, and total cholesterol and LDL (the bad cholesterol).

Your body tries to maintain a constant weight called the weight set point. When food is not plentiful, the body tries to save energy by increasing the drive to eat and slowing metabolism. Skipping meals or eating at irregular times triggers energy conservation mechanisms in the brain, which promotes weight gain. Easting at regular intervals prevents energy conservation, which promotes normal energy expenditure and reduces the drive to eat or hunger.

Try to eat three to four meals a day at the scheduled time, and incorporate meal replacement shakes as needed. It might range from your complete smoothies or protein shakes with all macro and micros, etc.

Some weight loss strategies from NCBI

Some drug therapies for obesity don’t work very well. Scientists are examining other chemicals in the body to determine which ones can serve as the basis for an effective weight-loss drug without significant side effects. Three candidates include Cholecystokinin, Ghrelin, and PYY. Cholecystokinin is released in the upper gut in response to breakdown products of digestion. It decreases appetite. Ghrelin stimulates appetite and levels are particularly high immediately before a meal. Carbohydrates depress ghrelin more than fats. PYY, another gut hormone, suppresses the desire for food intake for extended periods and may be an excellent candidate for a weight-loss drug. Harnessing appetite control hormones may be a safe, effective way to fight fat.

Men store most of their fat in the abdomen (visceral fat) and on top of the muscles of the abdomen (subcutaneous fat), while women accumulate more fat on their hips and butt. Abdominal fat is deadly because it’s easily metabolized and sent into the bloodstream where it can cause arterial disease, promote insulin resistance and disrupt metabolism. Swedish researchers found that 50 percent of men with waist sizes greater than 39.37 inches (1 meter) were insulin resistant, while men with smaller waists rarely had the problem. The risk of diabetes increased with waist size. For example, a 45-inch waist was more dangerous than a 40-inch waist. The increased abdominal fat deposition also increases the risk of heart disease, stroke, some cancers, high blood pressure, high cholesterol, and blood-clotting abnormalities. 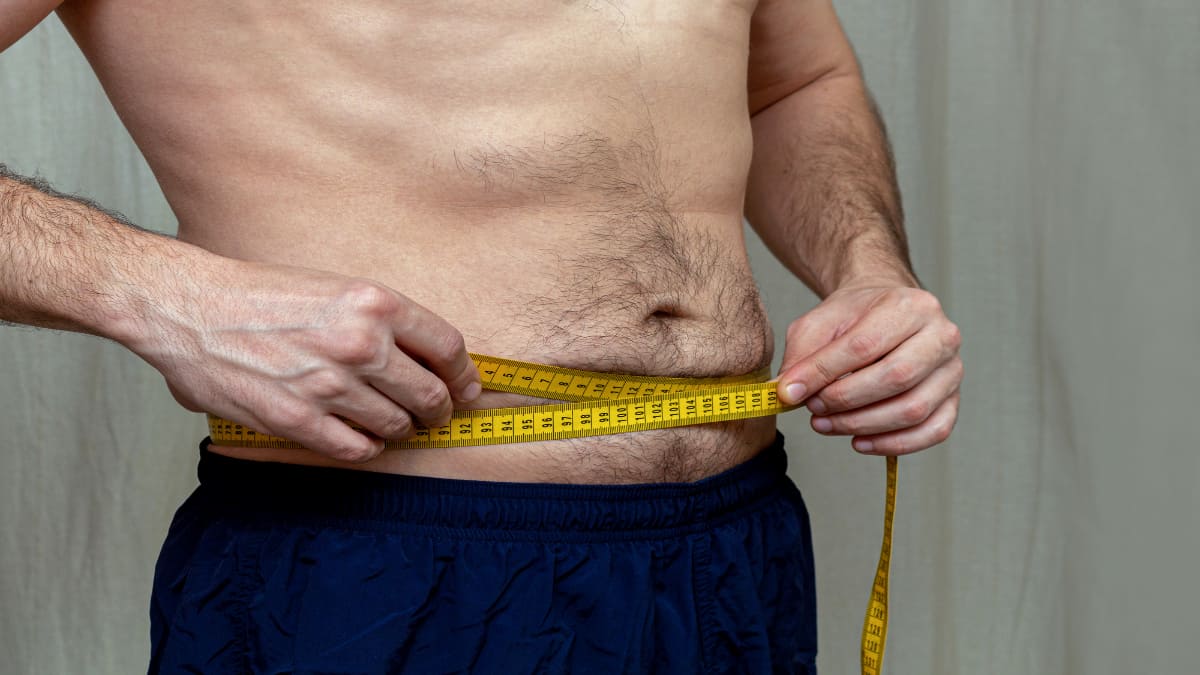 Waist size is one of the best and simplest measures of determining the risk of heart disease and type-2 diabetes. Even better than body mass index (BMI) and waist-to-hip ratio.

The diet that Fights the Fat: –

The Mediterranean diet is high in vegetables, fruits, pulses (peas and beans), nuts, fish, meat, cereals, olive oil, and wine. A score of studies shows that the diet protects people from chronic diseases such as heart disease, stroke, cancer, and type 2 diabetes. Spanish researchers found that people who followed the Mediterranean diet most closely had a lower body mass index (BMI) – a height–to–weight ratio that is a rough index of body fatness. 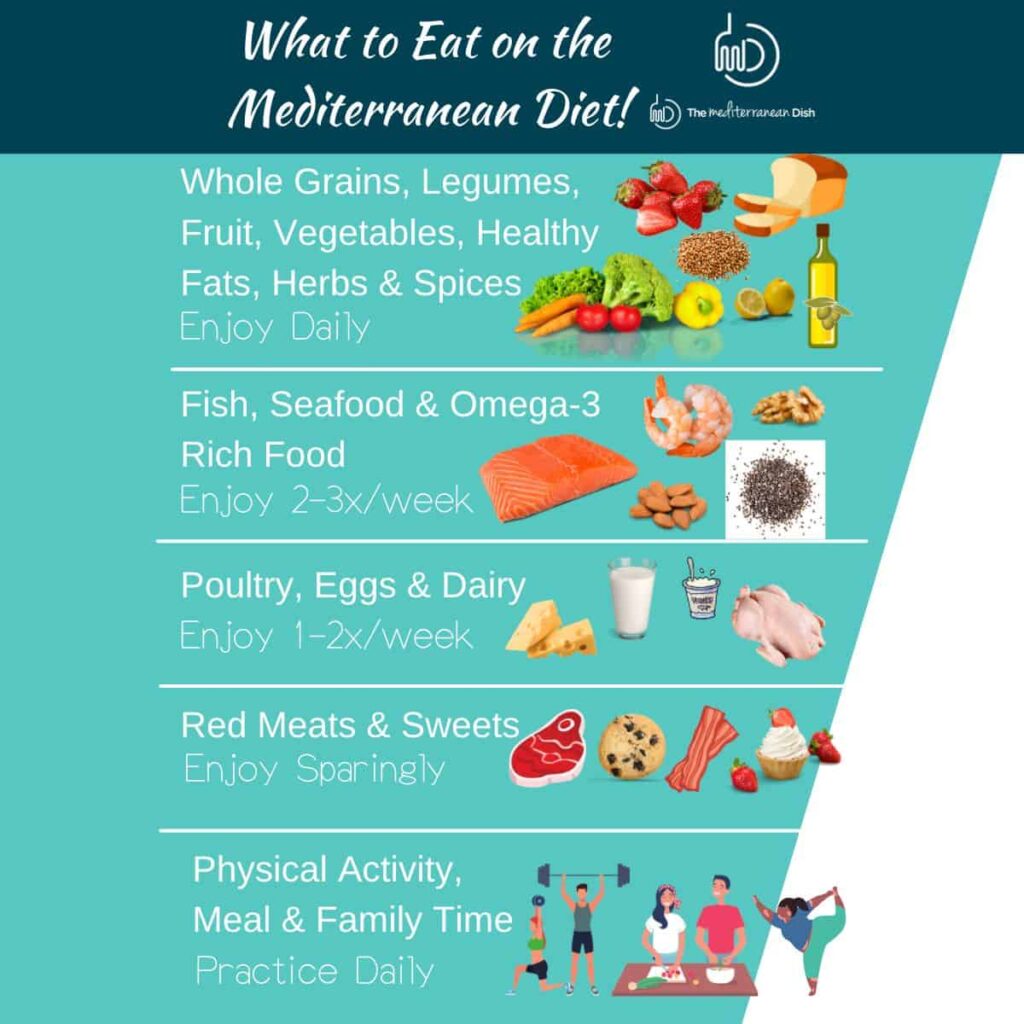 You get fat when you consume more calories than you metabolize during rest and exercise. Calories come from food, so it doesn’t seem reasonable that eating any of them will help you lose weight. However, many studies have shown that foods such as Olive oil, medium-chain triglycerides (MCTs), nuts, dairy products, and green tea help control weight and body composition.

MCTs, enter the bloodstream directly, promote satiety (stop-hunger), and are not stored as easily as weight loss agents. Green tea contains polyphenols that may help prevent cancer and promote weight loss better than black tea. People who consume high amounts of dairy foods are leaner than those who don’t, but some researcher has demonstrated that increased dairy consumption resulted in no change in body composition. Nuts, are high in monounsaturated fats and have been on nutritional blacklists for years. That has changed, and substituting nuts for other foods in the diet may promote weight loss and improve blood fat profile. Peanuts suppress appetite and are an excellent source of protein. Several foods may help control body weight, but eating them is no substitute for a well-balanced diet and exercise program. 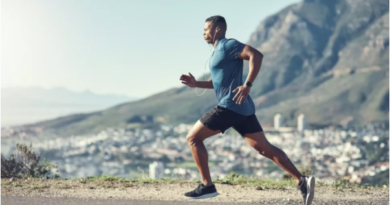 Running + 6 Exercise: Enough for You, No Gym require 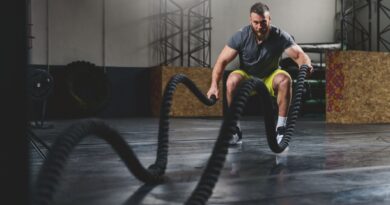