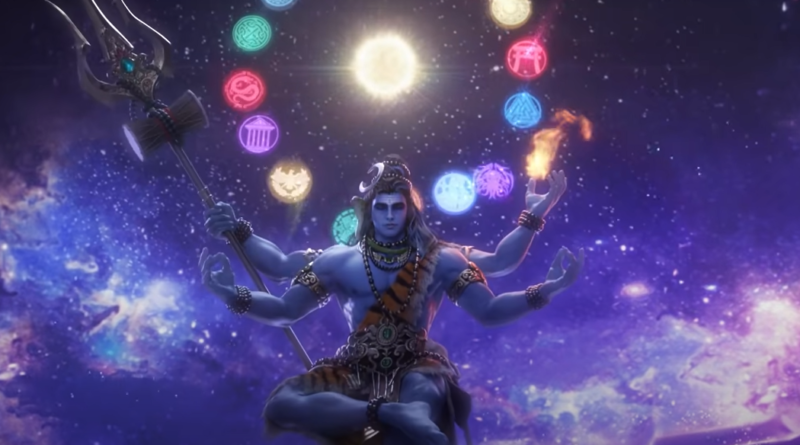 Culture
February 27, 2022June 26, 2022 Yuva Aware
Contents hide
1 Why Mahashivratri is Celebrated
2 Historical Significance
2.1 On Which Date or Tithi, it is celebrated
2.1.1 Scientific Significance

Why Mahashivratri is Celebrated

Bharat is the land of diversity and cultural practices. 1000s of festivals and rituals are celebrated here but Mahashivratri is one of its kind. It is unique only to the northern hemisphere and that too in Bharat because other countries do not follow our culture. We will talk about many aspects; one is about the Historical reason for this both in Northern and Southern Bharatvarsh, on which date or Tithi (तिथि), another is about the Scientific reason, how we should celebrate and finally what are the dos and don’ts that we should observe to uplift our energy levels.

There are two stories related to Mahashivratri one in Northern Bharat and the second in Southern Bharat. In Northern, Bharat story starts when Sati (शिव पत्नि) went to his father’s home uninvited for a Yagna (यज्ञ). When she went there, she found that neither his father nor her sisters were talking to her because she married Shiva against the will of his father (Daksha) who was the devotee of Vishnu but didn’t consider Shiva as Bhagwan. But her mother honored her for her visit, when she was about to participate in Yagna she noticed that there was no place (आसन) reserved for Shiva since it was a ritual that all the relatives who were invited had a reserved place in Yagna. She was filled with anger by looking at the disrespect for her husband (Shiva). After this insult, she could not hold herself and decided that she would not let this Yagna happen successfully. She self-immolates herself in the Agni (अग्नि) of the Yagna. 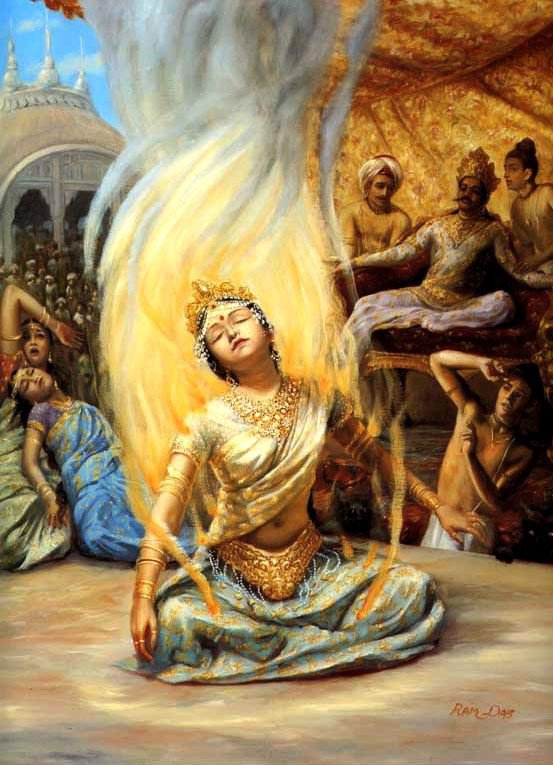 This horrific scene instills the fear of Shiva Bhagwan in the heart of everybody because this will make Shiva Bhagwan avenge the death of his wife.  Fear turned into reality, the moment Shiva Bhagwan got this news, he cut one lock of his Jata (जटा) and produced Veerbhadra (वीरभद्र) and ordered him to bring the head of Daksha (father of Sati). It is also believed that Jaats (a prominent agricultural and martial community) are the decedents of Veerbhadra. Veerbhadra killed Daksha as ordered by Bhagwan Shiva. 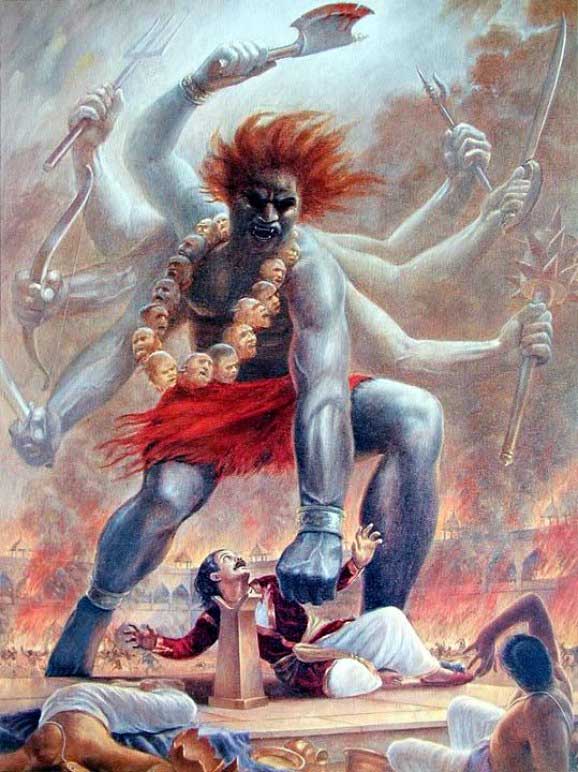 Later same Sati was reborn as Parvati in the home of Raja Himvana (Himachal and Uttarakhand). There is a full story of how Parvati did penance to impress Shiva as to accept her as his wife again. So, cutting the story short it was on the day of Mahashivratri that Shiva Bhagwan and Maa Parvati both Married each other. On this day the entire universe fills with the joyous energy of the creation of a new bond and that same energy uplifts us spiritually. 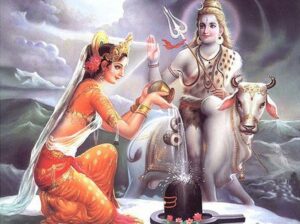 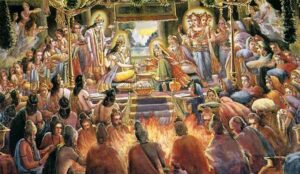 In Southern Bharat, the story is a little different but the day and significance are the same. In Hindu Philosophy we believe there are multiple universes and every universe has its Vishnu (caretaker) and Brahma (creator). And all the universes are under another Vishnu called Adi-Vishnu (आदि विश्णु) and Adi-Vishnu lies in Sada Shiva (सदा शिव), which means that Shiva which are there all the time. And it was the day of Mahashivratri that the universe will merge in that one Sada Shiva and this is the exact day on which all these universes were destroyed earlier multiple times. And the flow of energy in the entire universe including our solar system is unique compared to the entire year. And this energy is very useful to uplift us spiritually. 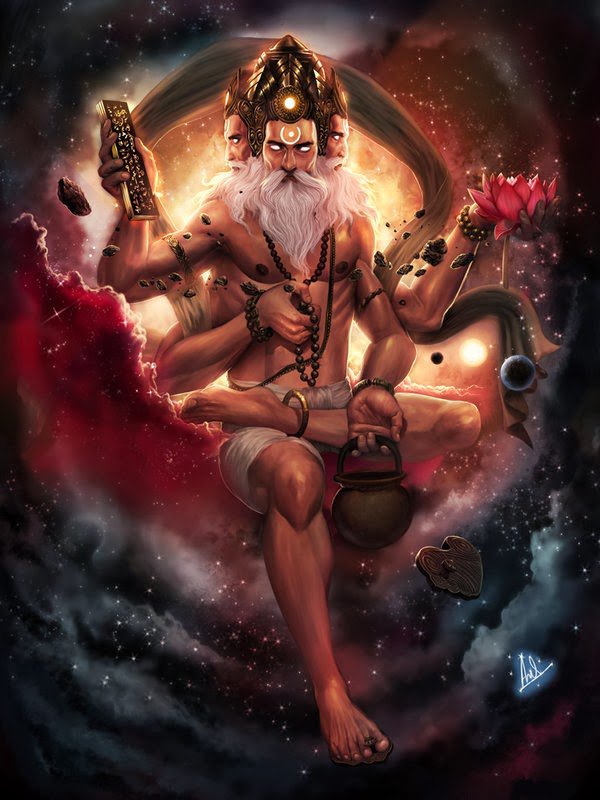 On Which Date or Tithi, it is celebrated

If we go by Gregorian Calendar, Mahashivratri would fall on a different date because this Calendar was created to accommodate easter egg on Sunday, and hence it has no correlation with the Hindu/Lunar Calendar which our Rishis created 1000s of years back and have been in use even today. So, talking about Hindu Calendar Mahashivratri is Celebrated on the 14th (चतुर्दश) of Krishna Paksha (कृष्ण पक्ष) of Phalgun (फाल्गुन). Technically just one day before the Amavasya of Phalguna Month. We have provided the whole list of Hindu Calendar for you to memorize and take one step closer to your own roots. Being a Hindu/Representative of the Oldest Civilization, you should be informed about your cultural and scientific aspects. 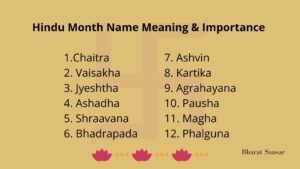 We all know that during Amavasya (अमावस्या) Earth, Moon, and Sun all trio comes in one linear direction on one side. They all combine their gravitational force and uplift the fluids towards their direction, which means towards the sky if you are on earth. And that is the reason why high tides are observed on Eclipses and Full Moon. Since Phalgun (फाल्गुन) Amavasya (अमावस्या) is the last Amavasya of the entire year it has a huge impact on our Vata (वात) one of the three components of our body according to Ayurveda (वात् पित्त और कफ).

Vata (वात्) has three major influences on our body:

Any minor imbalances can greatly affect the entire functioning of our body and the person may experience Lethargy, Demotivation, Forgetfulness, Bad temperament, Depression, Low energy levels, Suicidal tendencies, etc. All these changes would be felt and observed by a person who is active in Yoga Sadhana, one who is dormant spiritually and does not practice Yoga Sadhana would not understand the significance of this day and night.

We are the small part of this multi-verse which is now in discussion among scientists. Any small change in the entire solar system would have an impact on us. If we are ignorant about these changes and their impact, then we cannot improve our lives and make positive changes. The human being is the only creature that has an upright vertebral column with an upright spinal cord attached to the brain. When we do Yoga Sadhana, energy from our Mooladhar Chakra (मूलाधार चक्र) flows towards the Agya Chakra (आज्ञा चक्र) via the spinal cord. And the day and night of Mahashivratri help us to uplift this energy because the fluid of our body is rising upward in total. Our body tries to pure itself with the help of the universal events, only if we are conscious of these changes and observe the complementary behavior and practices. 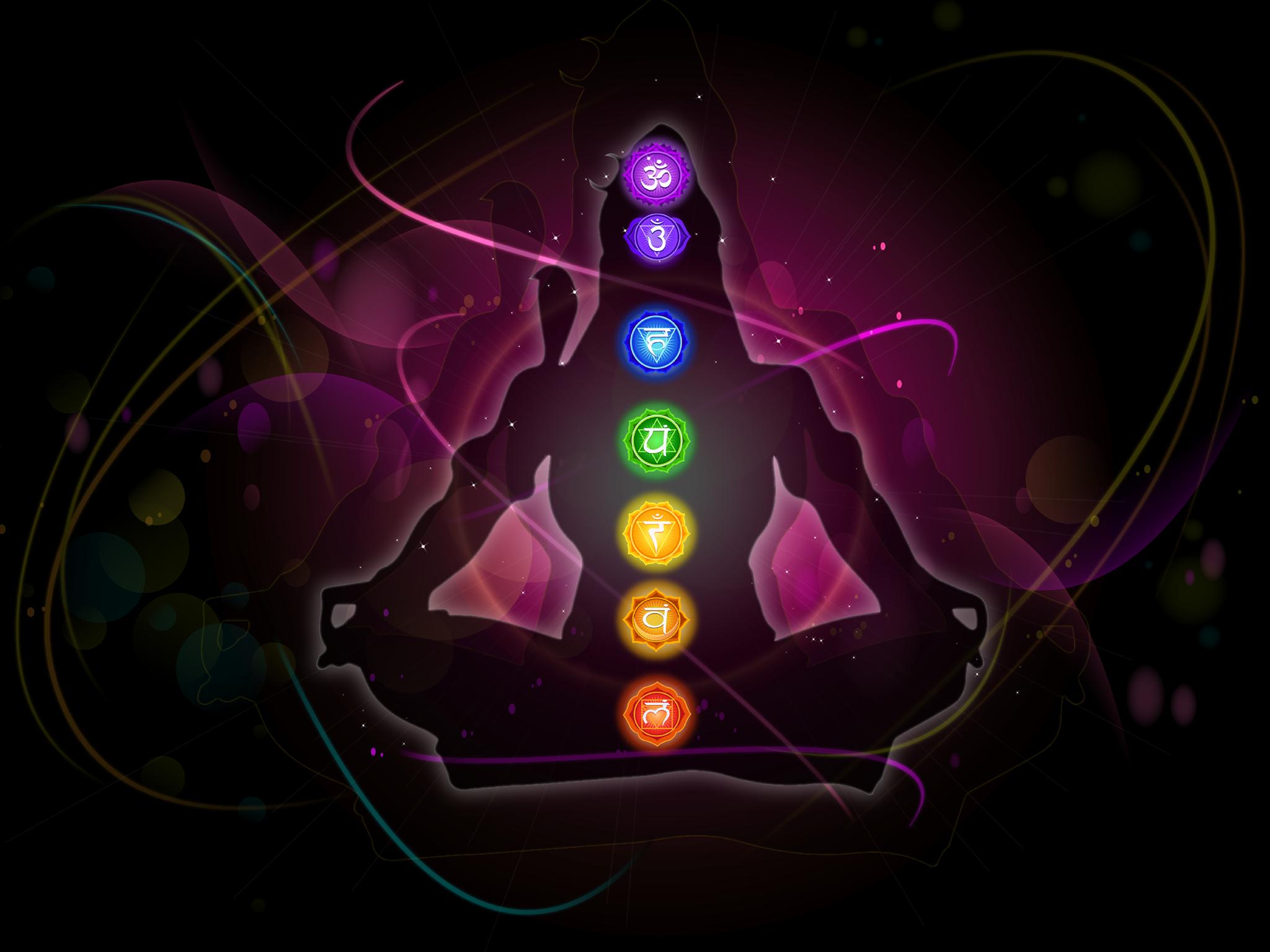 It is the festival of convergence of Shiva and Shakti. The celebration actually should start a day before Mahashivratri in this case most likely on Trayodashi (13th of Phalgun), devotees should eat only one time on the day before Mahashivratri. Then on the day of Mahashivratri get up early in the morning around 5:00 am-6:00 am. Take a bath and go to nearby Shiva Temple or any temple with Shiva Lingam, if such arrangements are not there one could do this at home. Offer Panchamrit (पंचामृत) on Shiva Lingam with Bela Patra (बेल पत्र). After doing the rituals devotees should take a Sankalp (संकल्प) to observe full day fast on Mahashivratri and take food only on the next day. During Sankalp (संकल्प) devotees pledge for self-determination throughout the fasting period and seek the blessing of Bhagwan Shiva to finish the fast without any interference. Hindu fasts are strict and people pledge to follow them as such after seeking Bholenath’s blessings.

On this day devotees should take a second bath in the evening before doing Shiva Pooja in the evening in Temple or Home according to your vantage. The actual period of Sadhana starts from the evening 6:00 pm till 6:00 am the next day. It consists of 4 Prahar (प्रहर) and every Prahar must be observed with Shiva Pooja. It means every 3 hours you have to do Shiva Pooja; you can just simply chant Om Namah Shivaya or Tandava Strotam (तांडव स्त्रोतम्). Devotees must sit in Dhyan Mudra (ध्यान मुद्रा) and focus his mind in the Bholenath. You have to wake till 6:00 am next day and have to do Jagran (जागरण) the whole night. They can sing Bholenath’s songs, do Pooja, sing Bhajan, or Dhyan. 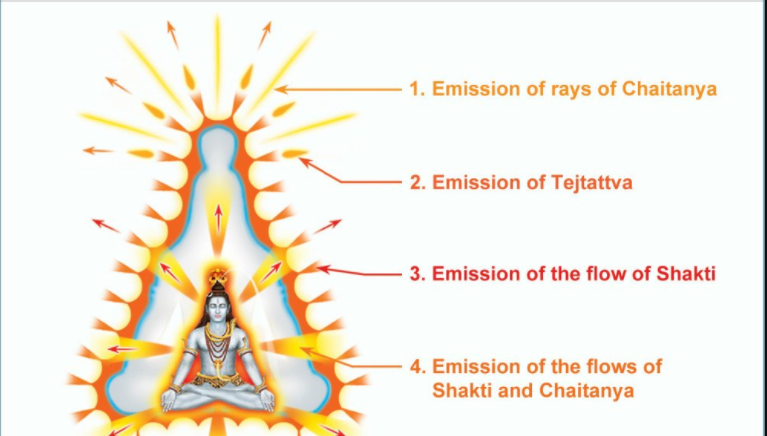 The next day at 6:00 am you should take a bath and break the fast only when Chaturdashi Tithi gets over but some believe that devotees should break it within Chaturdashi. One can do either of them. Remember the Dhyan and Sadhna of Bholenath is key to this fast. 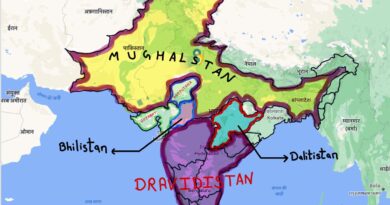 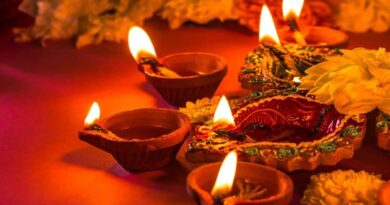 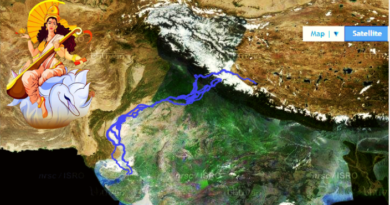